Kriterium is a platform for the review, publication and dissemination of high-quality academic books. Kriterium is a way of awarding a quality label to academic research, with a certification that ensures and shows that a scientific publication has undergone a controlled and documented peer review process. Books with the Kriterium label are also made freely available online.

Kriterium is a collaborative venture between Swedish universities and Swedish publishers, with representatives from the Swedish Research Council, Riksbankens Jubileumsfond, the National Library of Sweden.

The Kriterium portal is open to academic research from all institutions of higher education and independent scholars. Kriterium is primarily intended for research and researchers with a Swedish connection, and will thus uphold the tradition of academic books published in Sweden.

Read the article about Kriterium "Ensuring Quality and Status: Peer Review Practices in Kriterium, A Portal for Quality-Marked Monographs and Edited Volumes in Swedish SSH" written by Björn Hammarfelt, Isak Hammar and Helena Francke. The authors find Kriterium
to be an interesting case for several reasons, including the fact that it acts as an independent platform with the specific role of providing peer review. Moreover, the portal has been developed bottom-up based on a need identified by Swedish scholars in the social sciences and humanities. Finally, Kriterium’s model for peer review has certain unique and innovative features, which we believe are of interest to an international audience. 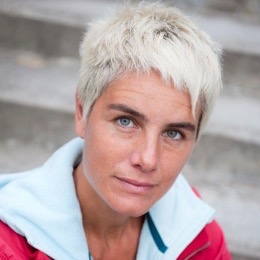 Why did you choose to work with Kriterium?

It was the only way I could write a monograph in Swedish at my publisher (Ordfront), while also getting it approved as "real" science (which means, among other things, that the book will count towards the university's internal distribution of research grants for the faculty). So, I chose to work with Kriterium for mainly strategic reasons.

How long did the review take and what's your impression of the process?

The review took about three months and it worked really well. I had a most professional and efficient academic co-ordinator, who handled the process outstandingly and helped me sort through the feedback of the two anonymous reviewers, which differed quite considerably from one another. It was surprisingly helpful (and a real treat) to the work process, to have the readings and comments of two completely independent scholars during the final stages of writing.

Would you recommend Kriterium to other scholars?
Yes, definitely. It's vital that we create the opportunity to write both in Swedish and in monograph form within the framework of scholarly publication. 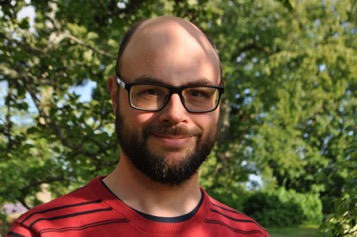 Why did you choose to work with Kriterium?

The book was a real effort to write, and I wanted it to have the mark of quality of a thorough peer review. I also valued the opportunity to receive critical feedback regarding the contents before the final editing process.

How long did the review take and what's your impression of the process?

All in all, four months from submitting the manuscript until it passed muster, which includes the time I spent on my own final editing. The review process worked well and I received some really useful feedback on my text.

Would you recommend Kriterium to other scholars?

I'd recommend Kriterium, since it is an opportunity to have books reviewed in a process similar to that used for scholarly articles. This spells a brighter future for the scholarly monograph.