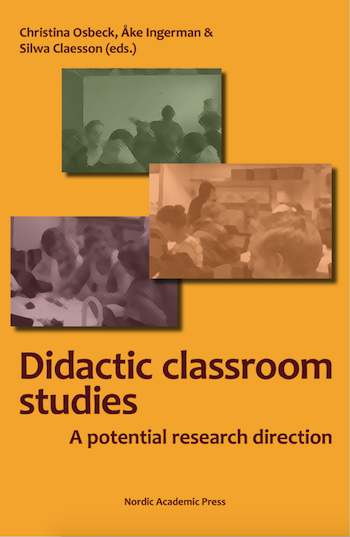 This essay reports findings from a project in social studies, especially religious education (RE), with three Year 6 classes in Sweden. In the project, the social studies classes were observed for one academic year and pre– and post-tests in RE were also used, which indicated differences in both results and development between the classes. In this essay, the two classes that showed the largest differences in test results between themselves are the focus. Transcriptions of two similar pairs of lesson observations—one an introduction to RE and one a lesson centred on a news quiz—are analysed, focusing on the communication patterns in the two classes that may contribute to an understanding of the differences in achievement and development. A socio-cultural perspective is used, where knowledge and subject- matter knowledge is understood as language that is developed in contextual negotiations. The findings show that questions, both from teachers and from pupils, were more frequent in the class with the better test results. The speech genre used in this class was more analytical and varied, less information dominated, and the content was clearly broader in one of the lessons. The teacher position was also more pupil-oriented and problematising, while what it meant to be a competent pupil in this class was to be talkative and curious.